Learn More
about us

The Admin Awards offers nine distinct award categories, including the program’s most prestigious award, The Colleen Barrett Award for Administrative Excellence which elevates the professional who embodies the “spirit” and proficiency of nationally renowned (former) secretary, Colleen Barrett, President Emeritus of Southwest Airlines.

Colleen first proved herself indispensable as Legal Secretary to former Southwest Airlines CEO Herb Kelleher before ascending the ranks to President of the Dallas-based company in 2001. Throughout her five-decade career at Southwest Colleen advanced to VP of Administration, EVP of Customers to COO and President of one of the world’s most successful airlines.

While the program is a competition among Admins nominated by their superiors and coworkers, the Admin Awards is, at its core, a celebration where all who attend are treated to a special evening packed full of excellent food, significant prizes, entertainment and fun.

Watch this short video trailer and put yourself at the Admin Awards gala! 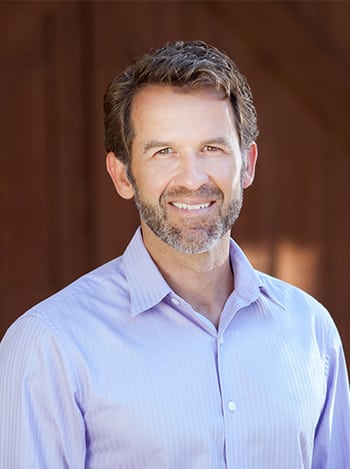 Sunny NunanFounder & CEO
Sunny Nunan has always been for the underdog, and her creation of the Admin Awards is a manifestation of that, and her passion for serving the under served. As the Founder and CEO of The Admin Awards, a program that was inspired by her Mother, Jeannette Castellano, a career Executive Secretary, Sunny created the first and only awards program of its kind in the country to publicly recognize the invaluable contributions of Administrative Professionals. Sunny’s mission is to bring The Admin Awards to major cities across the U.S. so every administrative professional gets the recognition they deserve. Sunny has been in B2B marketing and sales for both service and product companies for over 20 years and gets excited when she can help Admin Awards sponsors solve their biggest challenge - reaching business decision makers in a way that drives ROI through the Admin Awards platform. Sunny is a graduate from the University of North Texas, is originally from New Jersey but relocated to Texas in the mid 90's and loves God, her family, her dogs, NY style pizza and the Philadelphia Eagles (although she resides in enemy territory in Dallas, Texas).

Ben NunanCOO
Ben Nunan is COO of the Admin Awards and an Aussie native. After a highly successful career in the Royal Australian airforce as an aerospace engineer, Ben now leads the HR, Finance and Technology functions for the Admin Awards. A graduate of the Australian Defence Force Academy and 20 year veteran of the Royal Australian Air Force, Ben relocated to Dallas after meeting his wife at a charity event he crashed. Ben loves music, tennis, good cheese, bourbon and the beach (although he hasn't found a good one in Dallas yet).

Eric TrautmannSVP
After being ‘bitten by the bug’ more than twenty years ago, the event industry still teaches and excites this veteran every day. Truly fresh approaches to marketing and business development are hard to come by, but the Admin Awards is the real deal! That is what drew Eric away from a decade of agency life to his role as SVP, Partnerships for the Admin Awards. Prior to joining the Admin Awards, Eric was SVP, Marketing & Strategy for The Wilkinson Group, one of the nation’s leading experiential marketing agencies. During his years at TWG, Eric directed the agency’s operations, business development and client/project management efforts. He built and led teams who created and delivered large-scale, integrated events and sponsorship initiatives for a diverse client roster including: Blackstone/Equity Office, Maker Media, UCSF, Nitro Circus Live, the National Lacrosse League and The San Francisco Maritime Parks Association. Eric holds a degree in creative writing from San Francisco State University and has lived in the Bay Area for 30 years. He is thankful for the fun, rewarding journey his career as a marketer and strategist has provided and is proud to be a member of the Admin Awards Team. Eric loves his extended family and close friends and is grateful for every day with them.

My mission behind launching The Admin Awards program is a very personal one. It began in 1985, when my mother, who was 51 at the time and on the tail end of raising five children, re-entered the work force as the Executive Secretary to the CEO of a box and frame manufacturer in Easton, Pennsylvania. Although I was just a teenager at the time, my mother’s transition back into the work force gave me my first real glimpse of the “business world” I would one day enter and beautifully illustrated how a CEO, Mr. Master, cherished his secretary, my Mother.

I have so many wonderful memories of this time. To this day, I vividly remember the incredible pride my mom had for her profession. From how she meticulously prepared herself for work each day, to ensuring she always arrived early to how she used to say "I can't wait for Monday!" — she couldn’t wait to get back to the office after the weekend. I remember how she talked about this magical machine called the “telex” and how it rumbled as it brought messages all the way to the US from Asia and how that fascinated her. And I can still see the top of her blonde hair peeking out from behind the lobby window where she would greet vendors, salesmen – and often one of her five kids - it seemed one of us was always stopping by to surprise her during the work day! But what I remember more than anything, is how much she loved her job-and how much her boss loved her which was demonstrated in the first three months of her employment, when she received a 50¢ per hour pay increase because of her relentless desire to learn, serve and succeed.

Mr. Master always showed his appreciation for my mother’s hard work and that recognition had an extraordinary impact on her. She never wondered if she was doing a good job. She knew. Because he made sure of it. He regularly brought her trinkets from his business travels, thanked her frequently and told her that he didn’t know what he’d do without her. My most cherished memory of my Mother's service to Mr. Master was when he gave my parents tickets to The New York City Ballet, something we could never afford on our own, so they could take her daughter (me), an aspiring ballerina, to a world-class ballet performance. Today, my mother is 87 years old and volunteers for the Admin Awards, coming in between one and five days a week to serve our organization after retiring just shy of her 80th birthday from her full-time position as a receptionist at Epsilon in Irving, Texas. During her career, she was more than the friendly voice on the other end of the line. She was the matriarch. A confident. She was the friendly smile that put job candidates instantly at ease. She happily greeted the courier the same way she would an EVP. Her career as an Administrative Professional has given her tremendous fulfillment and I know that she’s left a lasting impression on everyone she’s come in contact with.

My mother, Jeanette Castellano, is the ultimate inspiration for The Admin Awards, a long overdue celebration of the vital professionals who had yet to be recognized front and center with a formal awards program by the business community. And while The Admin Awards™ is a competition, at its heart it’s a celebration of the important, wonderful professionals who have dedicated their careers to serving their companies, leaders, employees, and clients–YOU.

I’m proud to be a part of the “business community” I first saw as a young woman, and to provide this wonderful vehicle that enables the business community to show you in a very tangible way, how much you mean to your coworkers and your companies.

I look forward seeing all of you at the Admin Awards, where we can properly thank you for your service and celebrate with you.

Stay In Touch with the Admin Awards

Sign up to stay up to date on program dates, deadlines and other good stuff from the Admin Awards.